The Mother Road crossed the Texas state line at Texola, OK, near Shamrock, and traveled through McLean. From there, it continued on through Alanreed, Groom and Conway on its way to Amarillo. From Amarillo it continued west to Vega, Adrian and Glenrio.

McLean is located in southeastern Gray County, and is home to more than 700 residents.

In 1927, the Mother Road, U.S. Route 66, was built through McLean, and it became a stop for tourists and a center for oil, livestock, agriculture processing and shipping. Today, Interstate 40 Business (Old U.S. Route 66) passes through the town as First Street (westbound) and Railroad Street (eastbound), connecting to I-40 at Exit 141 west of town and Exit 143 to the east.

The McLean Commercial District, consisting of most of the downtown area, was listed in the historic register on December 20, 2006.

The Murals in McLean

Mural in McLean, Texas: The Heart of Old Route 66

Mural in McLean, Texas: The wide-open spaces of the Texas Panhandle 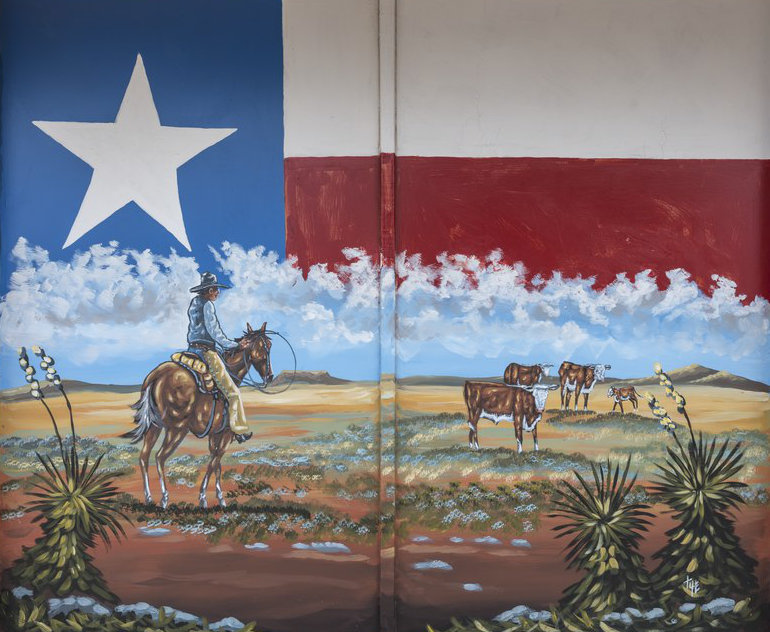