Route 66 Side-Trip to the Grand Canyon

Grand Canyon National Park is located in Arizona near Flagstaff and Williams, and is centered on a Colorado River canyon that is 277 river miles long, up to 18 miles wide, and a mile deep. The Park is one of the world's most popular natural attractions, with attendance exceeding 6 million visitors a year.

Many travelers on Historic Route 66 make a side-trip to visit the Grand Canyon as the park lies only 54 miles north of Route 66 from Williams and about 75 miles northwest of Flagstaff.

There are two access routes to the Grand Canyon, the most popular one being Highway 64 north from Williams, located on Old Route 66 and Interstate 40.

Another mode of transportation into the park is via the Grand Canyon Railway, which runs from Williams directly into the park. The railway has operated since 1901.

The South Rim of the canyon, with an elevation of about 7,000 feet, is open year-round, while the North Rim is open only part of the year, during the warmer months. Most Route 66 travelers visit only the South Rim.

One Scenario for Visiting the Grand Canyon

For many Route 66 travelers heading westbound across Arizona, a side trip to the Grand Canyon is a great opportunity to see one of the wonders of the world. Leaving Flagstaff, head northwest on Highway 180 towards the Grand Canyon and then continue on via Highway 64. Travel time to cover the 75 miles is about 1:20, leaving time to explore the canyon, and maybe spend a night there.

The next leg of the trip would be from the canyon south to Williams on Highway 64, a distance of about 54 miles which can be covered in about one hour. At Williams, travelers can spend a night there, or continue westbound on Route 66 to Ask Fork, Seligman and Kingman. 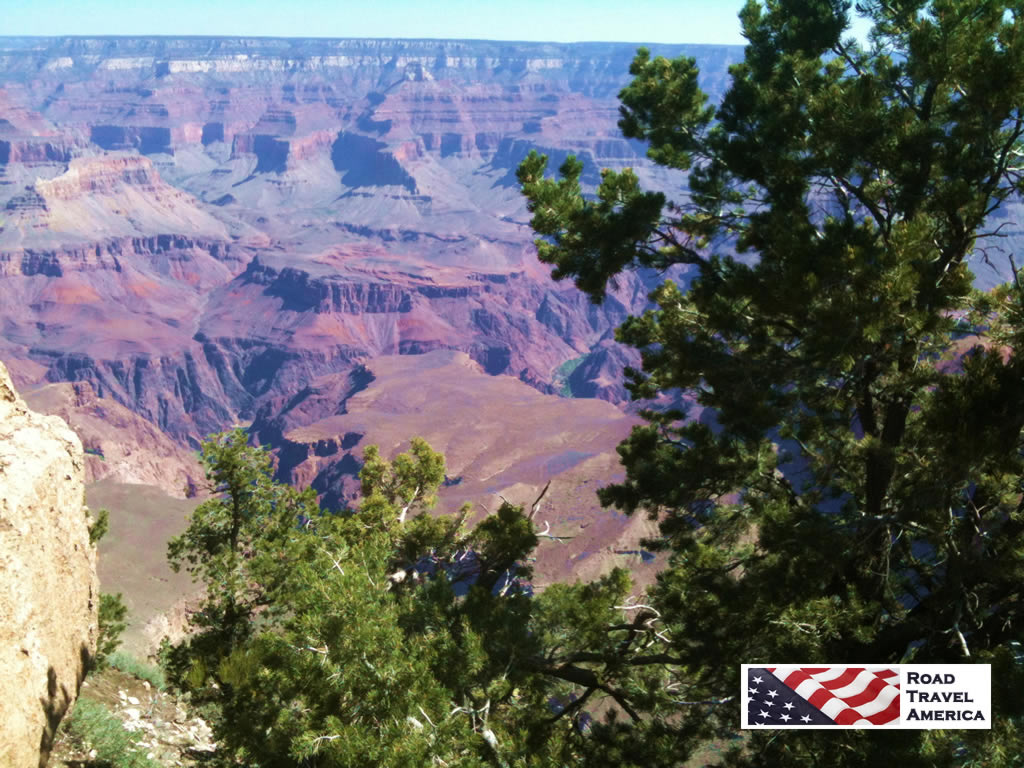 Lodging Options in and near Grand Canyon National Park

Park lodging books well in advance, so reservations are encouraged as early as possible before your trip. Lodging is available in the park, and outside the entrance to the park. Other area lodging options for Route travelers are available in Flagstaff and Williams.

Things to Do at Grand Canyon

The floor of the valley is accessible by foot, muleback, or by boat or raft from upriver. Hiking down to the river and back up to the rim in one day is discouraged by park officials. However, hundreds of experienced hikers complete the round-trip down and back every year.

Camping on the North and South rims is restricted to established campgrounds, and reservations are highly recommended, especially at the busier South Rim.

Weather in the Grand Canyon

Weather in the Grand Canyon varies according to elevation. The forested rims are high enough to receive winter snowfall, but along the Colorado River in the Inner Gorge, temperatures are similar to those found in Tucson and other low elevation desert locations in Arizona.

More Stops Along Route 66 in Arizona

For More Information about the Grand Canyon