"The Mother Road" was established on November 11, 1926, and ultimately stretched 2,448 miles from Chicago to Los Angeles. Starting in Chicago, westbound travelers traversed a series of towns in Illinois before arriving in St. Louis.

Heading westbound in Missouri, the route traveled through these cites and towns:

A popular stop on Route 66 today is the town of Lebanon, situated roughly half-way between St. Louis and Joplin. It features numerous Route 66 attractions and other things to do, and offers a large variety of overnight lodging options for travelers. It is county seat of Laclede County.

Founded on the site of the Wyota Indian village, Lebanon began developing around the time Laclede County was established in 1849.

In the late 1920s, Route 66 was born and followed that same path the Indians had marked, running through Lebanon’s south side. Archways proclaiming “Lebanon – Drive In – Our Town, Your Town” were placed over roads leading into town off of the Mother Road.

Today Lebanon is an energetic, thriving town of over 14,000 residents. Lebanon has continued to thrive as a small community, catering to travelers along the edge of the Ozarks. A number of these travelers come to the area because of Lebanon’s storied connection with Route 66 and its proximity to Bennett Spring State Park.

In addition to Route 66 attractions such as the Route 66 Museum, a number of other places are popular with residents and visitors, including these: 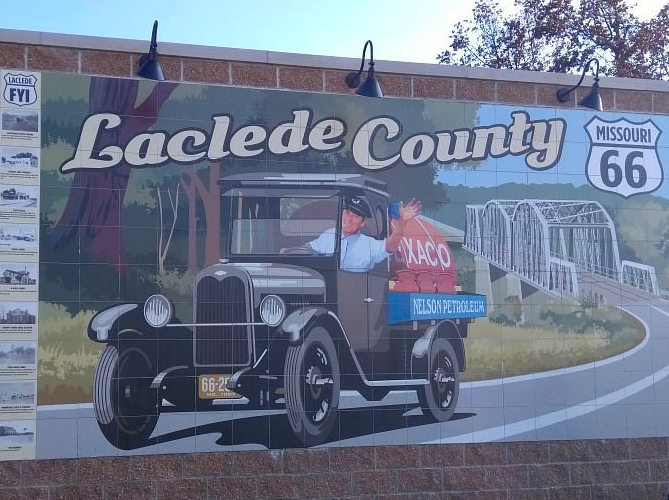